So over the last couple posts, I've mentioned that I'm now looking into another possible creature to bring into the fold.  I came a cross one while at Stacey's, getting crickets.  I even got to touch it, hold it, let it check out my arm.  It climbed right up to my shoulder before the girl took it back and replaced it in its tank.  This creature, steeped in myth, legend, and fear, carries the name "royal", for it was rumoured to be ever at the wrist of Cleopatra.

I'm talking about Python regius, the royal python, or ball python as it's commonly called.

These snakes are one of the most, if not the most, popular pet snake across North America.  They're very even-tempered, docile, and easily handled.  They also grow to respectable, yet manageable length (about 3 feet for males and 5 feet for females) and can live several decades.  Their diets aren't overly pricey, only requiring a feeding every week, or other week once fully grown.  They also have some very attractive morphs, varying from browns, to yellows to whites.

The snake I got to play with was a youngling, only about a foot and a half long.  This was the first time I've actually held a snake on my own and it was amazing.  You can really feel the power in it, like a great spring, ready to strike.  But I also get the feeling that it was totally safe with it in my hand, and on my arm.  I can really say that I respect this animal for being something much more than just an attractive creature; it's a predator.  I was informed by the girl at Stacey's (going to have to learn her name) that they don't require as much room as some people would think, if you are the type of person to let it out of the tank often enough.  That's not to say some caring, passionate people don't go all out on their pythons. I would honestly like to have a setup of about five feet long by three or four feet up; these snakes are terrestrial, but do like climbing up in the lower branches from time to time.

After doing some research, I notice that most people (at least those that post to the internet) use the sterile type setup for ease of cleaning and maintenance.  Well, that's just not my style.  I've seen some really nice naturalistic setups, and I feel I would be okay with that.  But what I would really like is to try and reproduce some of the natural habitat of Ghana and Nigeria, which is the native homeland of the the royal.  I've seen some nice setups, but I'm not blinded to the fact that natural setups can engender health risks, like moulds, parasites, and the like.  However, if you take the time and build up a more natural ecosystem, the risks are minimized, and I feel like that's what I would really like to do.  My experience with natural versus artificial is definitely leaning in favour of the natural.

The setup itself is straightforward; two hides, a heat source, a light source, a watering source big enough to soak in, a dry substrate, and as much enrichment as you can provide, as well as all the little bits and bobs that come with tanks.

This simple diagram came from The Doctors Foster and Smith pet care site (linked to right here).  It shows all the basic needs for your python.  The tank sounds fairly easy to control, and certainly no more difficult than a crested gecko.  From what I've gathered so far, I could use a similar mix of substrate as the one I mixed for my tropical terrarium, with maybe some sand in place of the tree fern; something to make it a little more arid than what I currently use it for.  The girl at Stacey's does caution that these inquisitive explorers are escape artists and to watch for any possible way out of the enclosure.  I like the idea of the wading pool.  It will definitely make controlling humidity less of a critical task.  Any additional moisture can be taken at the snake's leisure.  Time to break out the foam and grout; we're making a pool!  Well, one day.

When I see the variety of morphs out there, even though they're all nice, it's clear in my mind which one I prefer; original.  Or at least, the deep, earthy browns that look like polished wood.  The white and yellow morphs are okay, but I can't see the desire to keep a stark white snake when you could keep one that looks like a piece of living, varnished driftwood.  Gorgeous.  All the pics I've thus far posted reflect my particular tastes.  Oh!  And best of all, what with the popularity of this snake, pretty much all the one found locally are Canadian-bred.  I would definitely look into a breeder though.  From what I've seen, your animal will get the better care at a breeder than a store, which makes sense.  Breeders are usually well experienced in what they breed.  I found a breeder in Ottawa (a list actually) and I would love to visit some facilities and see what they have to offer.

I could go on and on about this species, like how they're revered as earth spirits in their native homeland, and seen as good omens and all sorts of stuff, but I'll just cut it off here.  Next post, I'm thinking I need to start looking into actual construction.  I'm getting less and less impressed with commercial terrariums as a whole. 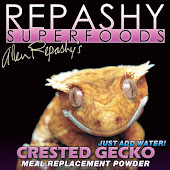